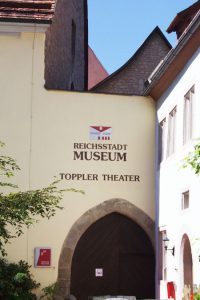 Rothenburg alive through the centuries! Beautiful yet peaceful, the Imperial Town Museum brings you on a tour of the different ages and the full and vibrant extent of the diverse cultures that inhabited it.

The top attraction in the museum are the panels of the Rothenburg Passion, created in 1494 by Martinus Schwarz but also of great interest is the fact that it is housed on 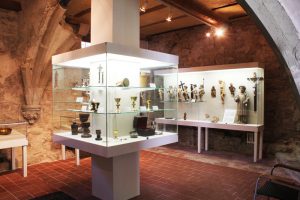 the site of an old Dominican convent which was dissolved in 1544. You may wander through their historical living quarters, seeing life through their eyes, and in particular, the well-preserved 13th century convent kitchen offers you the possibility to feel a real part of history. It is the oldest of its kind. 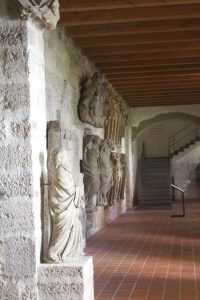 As you stroll through the museum, you will come across the internationally renowned Baumann Foundation which traces the history of weaponry in Europe from the Stone Age to the 19th Century. Feast your eyes on hunting guns used by Marie Antoinette and Frederick the Great among the many highlights. There are also high-quality weapons, faience ware, tin, models and locks in the collection.

Another striking exhibition is the Judaica Department, which showcases Rothenburg’s heyday in the Middle Ages. This coincided with the blossoming of Jewish culture but doesn’t shirk from the waves of dispossession and expulsions that began in the 13th Century and was only ended by the Holocaust of the 20th century.

There is one more surprise as you make your way to the top floor. Here are housed the atmospheric and striking works of the renowned painter Arthur Wasse to round off your visit.