St. Wolfgang’s Church has a special connection to the wool trade 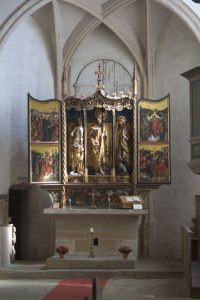 A visit to the church of St. Wolfgang is certainly a highlight of any tour of the city. It is a unique fortified church in the late Gothic style. It is integrated into the Klingentor tower and the fortifications of the town wall, defiant and equipped with loopholes. The nave offers three altars of late Gothic tracery from the period around 1500. The shepherd dance museum is housed In the gatehouse of the church, and there are various exhibits on two floors based around the shepherd, sheep and dance. 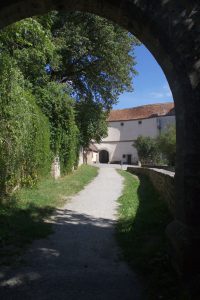 The sheep and wool trade had immense importance in medieval Rothenburg. The church is built on the exact same spot that St Wolfgang protected the shepherds and their flocks for many years. Today’s visitors can also admire a musical puppet show against the scenic Rothenburg background.