The Church Of St. John

A church for all 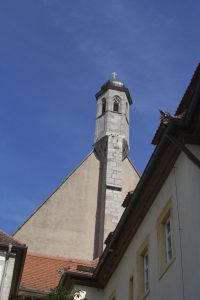 The Church of St John has experienced a chequered history. Many times it has undergone a change of denomination. It was created in 1200 and originally was the headquarters of the Hospital Order of St. John. It became Protestant by Luther’s Reformation in 1553 and in the Thirty Years War was a burial ground for Catholic officers and reverted back to a Catholic Church in 1803 as part of the secularisation of Bavaria. The chaplaincy of the parish was raised to the curacy in 1827. Today St. John’s one of the few Roman Catholic churches in the predominantly Protestant dominated Rothenburg. 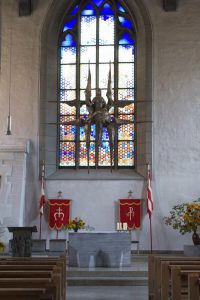 Around the year 1400, the church was re-designed in the late Gothic style from scratch and took its present form. Between 1600 and 1628 the west gallery was built and expanded the attic to the largest urban granary of the time. After the 2nd World War, the church was remodelled in two extensive renovations to its present condition. The Steinmeyer organ dates from 1885 and was extensively restored in 2004 . The St. John’s Church in Castle Street is always open and can be visited any time, just to simply pause and take in the serene surroundings and of course, for prayer .