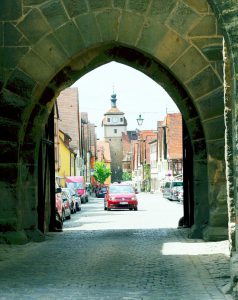 The Gallows Gate was built in 1388. It is located 438 meters above sea level at the highest point of the city. Named after the gate is the gallows where, until the beginning of the 19th Century it stood as the symbol of the jurisdiction of a free imperial city. Due to its special geographical position, the Gallows Gate has been exposed to attacks the most. In the Thirty Years War the well-known Catholic generals Tilly ( 1631) and Turenne (1645 ) actually succeeded, at exactly this point to enter into the fortress. In modern times, there are other benefits. Today an adventure playground is located in the southern moat. 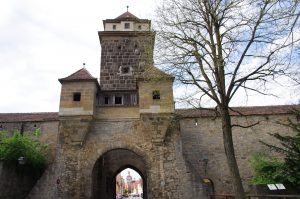